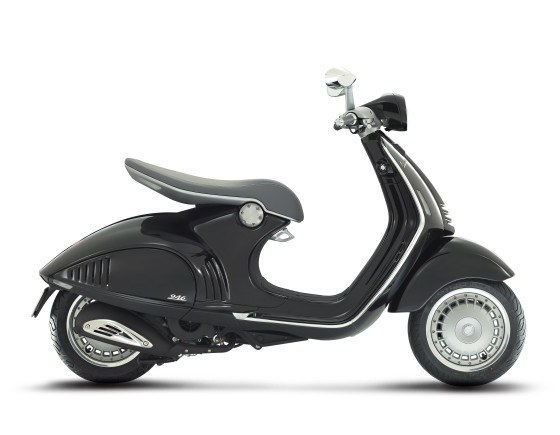 As reported on ScooterFile.com, by Eric Almendral, the pricing and release date of the much anticipated Vespa 946 has been announced.

Much has been said and debated about this model (including whether or not it will be 125cc or 150cc in the U.S.), but, basically here is the lowdown:


It seems that all indications are now pointing to this being a limited edition run, specialty scooter, as it is not expected to replace the LX model line. A new LX, or other mid-size scooter model, is supposed to be coming out, and may be revealed this coming Fall.
Posted by GRX at 10:13 AM